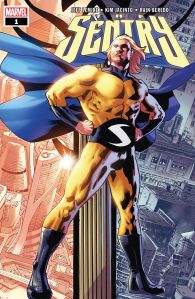 Luke Cage season 2 was released on Netflix this past Friday. Don’t worry, it won’t be spoiled for you because the guys don’t talk about it at all. You should go check it out if you’re so inclined. Not sure if the guys have. Anyway, PCN_DiRT and Roddykat battle audio difficulties to bring you the comic book reviews of the week, to somewhat amusing results. Then Agent_70 comes and tags for the news section of the program. No Jared Leto’s were hurt in the recording of this show, but everyone else was with news of Leto playing Mobius the Living Vampire. Yep, that happened.

But hey, there’s more good news and views that are brought up to offset that. Plus, #kliqsoftheweek to make that sunshiny day even brighter!