Welcome to another exciting episode of The KLIQ Nation’s Comic Book Chronicles!
Comic book loving fans, your show of shows is here (or will be when it goes live)!

On this week’s show:
The Supergirl tv show gets a trailer; The fate of Constantine is now known; 20th Century Fox says: Yo, more mutants; and Selma Director Ava DuVernay could helm a Marvel Studios movie.

Also, there’s a bumper crop of comics out this week and we plan to hit as many as we can. There are more DC Comics 8-page sneak peaks to be checked out this week as well as more Convergence.  Secret Wars is in full swing, as “The Last Days” starts up in Captain America and the Mighty Avengers. Also, we finally find out the identity of Thor which, if you hadn’t been spoiled on by now, bravo! It should be a treat for you.

Plus, we have reviews of this week’s releases: Secret Wars, Darth Vader, Storm, Federal Bureau of Physics, Convergence, Ms. Marvel, and more!

All this, along with our picks for KLIQ’s of the Week.

This show is also available on iTunes, stitcher smart radio, or now on TuneIn radio! Subscribe to the “Cold Slither Podcast Network” today & tell a friend (or a foe)! 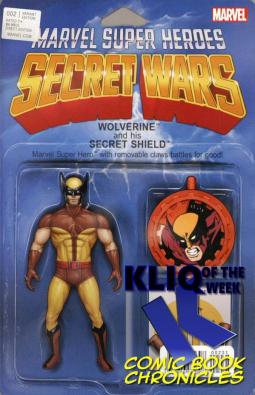 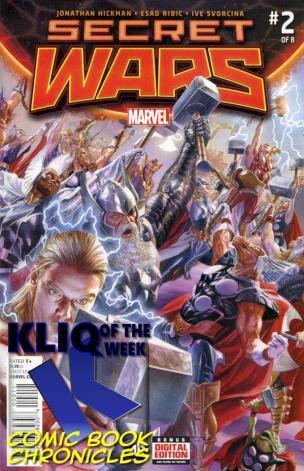