It’s almost March. For most, that means March Madness, the NC-two-A basketball tourney and lots of hoops, gambling action, bracket predictions and TUMS/Maalox/Immodium/Rolaids/insert your stomach medicine here. But for US here at the Cold Slither Podcast, March means…

Yes, folks, the 2013 edition is upon us and we are getting things in full gear for our brackets, predictions contest, prizes and shows.

This year’s theme will be Battle of the Bands!!

You got that right, we’re going to pit all the fictional bands of movies, television, cartoons and etc. in a knock-down drag-out Katie-bar-the-door Pier Six Slobberknocker tournament to find out which band is the rockinest band of all motherfuddruckin’ time!! 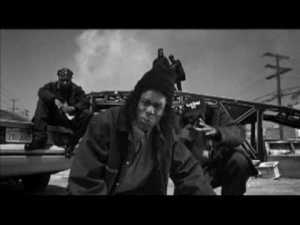 edit: thanks to William Bruce West, we now have a full field of 64 bands ready. But give us your thoughts on who should stay or go!!

But we need your help. See, we have 64 bands identified. Check out the long list below and let us know in the comments or via any of our networks (including e-mail or the Cold Slither hotline!) which ones are missing or shouldn’t be on the list! We’ll announce the final field and the bracket predictions contest in just a few days, so let’s GO!!