Note from the editor: Don’t forget to vote in The Foolish Four poll at the bottom of this post!

Every since James Laughtrack founded the National Sitcom League in 1953, teams everywhere have tried to out-do each other. Bigger laughs, better plots, more impressive shark jumping! But above all else every sitcom has tried to be the best at one thing; the time honored tradition of “the dumb character”. They come from all walks of life, some are physical comedy experts, some have great catch phrases but they all want the same thing; to be recognized as the greatest dumb character in TV history.

It’s been a long time coming but today we have gathered together the best ditzes, dimwits, morons and buffoons of TV for the ultimate showdown. Today I bring you, The Simpleton Sixteen!

From beginning to end, this match-up was by far the most consistently close of any that we’ve seen tonight. And it’s no wonder; these two characters are so similar it’s almost eerie. Both come from an amazingly supportive group of girlfriends. Both are ditzy but extremely likeable and both could have gone all the way to the championship. In fact, under different circumstances this could have very well been the championship match. It was simply bad luck that Rose and Sinclair faced each other in the first round.

In the final seconds, Sinclair’s goofyness was unable to withstand the assault of Rose’s St. Olaf stories and Rose came out on top.
88-87 Rose Nylund advances.

Children disappoint their parents. I know that I do! But it takes a real dim bulb to reach the levels of disappointment that get you to the simpleton sixteen! Vinton came with his A game… marrying the floozy neighbor dumbing the raising of his own children on his elderly mother (who still makes his lunches and washes his tightie-whiteys), he goes after one hair-brained money making scheme after another and even pawns his own mama’s antique silver to bail his idiot buddy outta the slammer. A true disappointment and a true moron.

Unfortunately, as much of an idiot Vinton is… he is a genius compared to the moronic might of Kelly Bundy! Kelly can’t even spell Simpleton Sixteen and has probably forgotten that she even entered this competition. Throw in a personality that inspired every dumb blonde joke ever written and a sexual resume that includes 85% of the men in the tri-state area and you’ve got the kind of disappointment that can only befall Al Bundy.

In the end this contest was never in doubt.
117-83 Kelly Bundy advances. 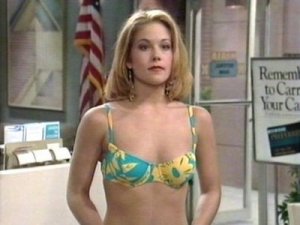 The hard fought, highly contested workplace dolt division has given us four great competitors this season. As far as office imbeciles go, there have been few as well versed in the field as Woody the bartender on Cheers. The competent replacement for the legendary “Coach” everyone knew that Woody would go all the way.

Unfortunately for Woody, no one told Bull. The perfect storm of stupidity, weirdness and charm; Bull not only pulled the surprise upset in this match, he dominated.
75-53 Bull advances. 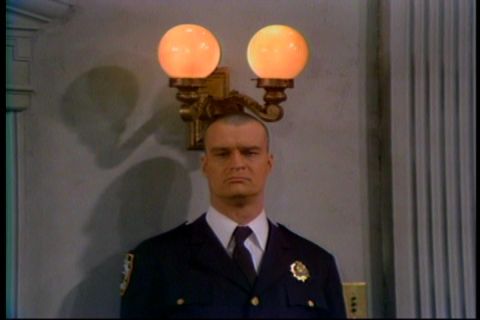 In our second dumb co-worker match-up, we witnessed a heated battle between two long standing champs. With a nearly endless array of pointless anecdotes, Lowell can steer nearly any sensible conversation into pure confusion. This good natured grease monkey constantly helps to add a healthy dose of dumb to Sandpiper Airlines and still manages to get the planes fixed on time!

One of the few Dumb Blondes and the only official Dumb Jock in the tournament Dauber was recruited early on as a high prospect. Even pulling freelance work to serve as an idiot on other teams, Michael “Dauber” Dybinski is one of the greatest imbeciles that ever lived. As a right-hand man, he might do more harm than good, but it’s always good for a good time. The match came down to the final second but in the end Dauber was just the best coached.
49-47 Dauber advances.

One of the classic examples of dumb character, the “annoying friend” division is a highly respected one. Our two highly ranked competitors came ready for battle and a battle is exactly what we got. Cockroach started strong with a reprise of his famous Shakespeare rap and a healthy dose of social ineptitude, he hit on the cheerleaders for both teams and irritated everyone in the stands.

Kimmy Gibbler came on strong in the second half turning up her signature annoying personality to a level never before seen in the history of television. By the end of the match, Kimmy bothered everyone so much that there was nobody left in the audience or even the announcers booth. Ultimately it even proved to be too much for Cockroach and he left before the final Buzzer.
88-52 Kimmy advances. 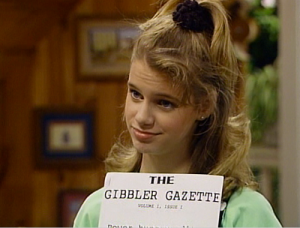 Joey (Blossom) vs. Hilary (The Fresh Prince Of Bel-Air)

Hilary Banks has a deep game. In addition to a numbskull resume that many women would die for, she has some other great qualities; beauty, wealth and a great taste for the finer things in life.

Unfortunately, it is those very skills that hamper what could be a great force in foolishness. Despite her best ignorant efforts, and her inability to “get” a single joke the rest of the cast makes about her…she never stood any real chance of standing up to the low IQ’d charm of Joey “Whoa!” Russo.
95-35 Joey Russo advances.

The often overlooked but highly competitive “kooky cousin” division has gained a lot of attention from bracket analysts lately but this first round match-up proved to be a major disappointment.

Cousin Cody showed up in top form, with his “pseudo surfer dude/philosopher/well meaning goofball with a heart of gold” personality, much to the delight of his legions of screaming (mostly teenage girl) fans.
What cool Cody wasn’t prepared for was the relentless onslaught of sheer endearing stupidity from the one and only Balki Bartokomous. Without breaking a sweat, or even uttering a single “don’t be ridiculous” he blew Cody away and managed to ruin Cousin Larry’s day at the same time.
86-13 Balki Advances. 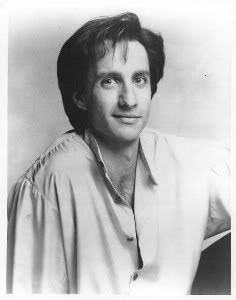 A special category of stupid, Nick and Waldo Geraldo Faldo were both drafted mid-season as pinch-morons for their respective teams. Though the effects on their respective shows were viewed differently by their fans, no one can doubt that they both had a huge impact. What Nick brings in real-world stupidity, edginess and rugged sex-appeal; Waldo answers in pure, unadulterated stupidity! Though seen by some commentators as a bit of a one trick pony when compared to the leather jacket and earring wearing, motorcycle riding, idiotic depth of Nick; few people do dumb as well as Waldo.
35-29 Waldo Geraldo Faldo advances. 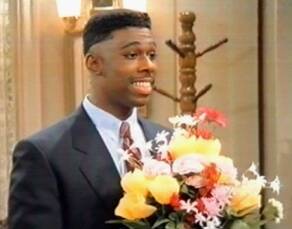 Both coming off of intense first round matches, Kelly Bundy turned out to be simply unmatched in this Eedjit Eight battle. The young dumb blonde was outgunned at every turn by the old dumb blonde and Rose had faced down floozies before. Over before it began, Kelly was predictably sent packing.
90-19 Rose Nylund advances to the Foolish Four.

The symbolic championship of the workplace imbecile division, people have been highly anticipating this match.
The crowd was going crazy throughout this entire showdown between these two big men. And they didn’t disappoint. One of the most physical battles yet, this one came right down to the wire. The deciding factor proved to be the basics. Bull spent the entire off season working on a well rounded, kooky, goofball game but failed to take care of the basics. And in the area of pure uncorrupted stupidity it would be next to impossible to defeat Dauber.
That proved, in the end, to be the truth of this match as the great Bull is taken down by Dauber in a game between such nice guys that they went out for beers afterwards.
57-53 Dauber advances to the Foolish Four

Another mismatched second round contest, we see Kimmy Gibbler in a brutal face-off with Heartthrob Joey Russo. Kimmy Gibbler turned her famous, nerve-grating personality up to eleven but it was no use. The brain dead, clueless Joey was too stupid to even notice how annoying Kimmy was, and without any real stupidity to back it up, in a surprising twist Kimmy Gibbler proved to be too smart for the competition. Joey easily won the match and the hearts of teeny boppers everywhere.
108-13 Joey Russo advanced to the Foolish Four.

Its never been any question that Balki Bartokomous was the best in his division. Possessing childlike wonder and intelligence to match; Balki continues to perform and National Championship levels. To his credit Waldo Geraldo Faldo played one of the greatest game of his career and put up as much of a competition against the unstoppable Balki as he could’ve been expected to and kept himself from being shut-out. But did Waldo win? Don’t be ridiculous.
88-67 Balki advances to the Foolish Four.

Who do you think will make it out of the Foolish Four? Vote in the polls below!

Claymation Werewolf has an evil plan to bring about a Nostalgia Revolution for a time when cartoons were actually good. You can find more of his posts about toys, cartoons, puppets and horror on his blog at http://claymationwerewolf.blogspot.com.