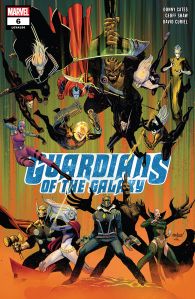 This week, the only thing to know is that Agent_70 and Roddykat talk about what came out of those mysterious spider related teasers on social media. Yep. You should definitely check that conversation out.  But there are also new comic books out this week, and the guys cover the ones they’ve read.

Oh yea, and there was other news outside of what was already mentioned, but what could be more exciting that, honestly. Someone trying to break a record for seeing Avengers: Endgame? Nah, especially when you find out where they are from. Endgame is also going back to theaters with extra content at the end. Marvel and Keanu doing a film together? Not for lack of trying, sounds like. But #kliqsoftheweek, though…