Bah Weep Granah Weep Ninni Bong, everyone! Classick here with some random thoughts for today. I realize I hadn’t done this type of post in awhile, so here goes…

Former Next Top Model contestant and Tron: Legacy actress Yaya DaCosta will play Whitney Houston in an upcoming biopic. This photo of her alongside Arlen Escarpeta as Bobby Brown looks eerily close to the real deal, but not so close that you’d think this movie wouldn’t be airing on TV. With upcoming biopics on Saved By The Bell, Aaliyah and the recent one on TLC (shout-out to The White Ranger Keke Palmer), we ALL need to feel old considering we lived through this era and now these are historical records put to film. “Whitney Houston,” directed by Angela Bassett, will debut on Lifetime in 2015.

The problem is Choice…

Pau to the Bulls, Truth to the Wizards, Parsons to the Mavs, Linsanity to the Lakers…

All of that means nothing in comparison to the two biggest NBA offseason signings that matter: (a) Carmelo re-signs with the New York Knicks (Staying Home) and (2) Lebron heads back to the Cleveland Cavaliers (“Coming Home”). Let’s be real, Melo back to NY was expected. However, Lebron going back to Angry Comic Sans Man and the burn-yo-jersey brigade of fans was a headscratcher when it was speculated. Then everyone gave their hot takes of “if it was me, I wouldn’t forgive their asses for that shit” as if Lebron didn’t treat his hometown like a sucker, dumping them on a globally broadcast live one-hour special. Both sides were wrong and learned and healed since that day, as Lebron explained to Sports Illustrated. Now James takes home two titles and tons more respect around the league. And Miami and Riles? They’re left with Bosh to the max, a broken down Wade and tons of gifs like this.

The real losers of all of this (yes, there are losers!)??? No, not Heat fans. As much as I despise them, even I tip my cap to them as they have two recent titles and four straight Finals appearances to fall back on. No, not the Rockets… they still have Da White and Da Beard and plenty of cap space. The real losers are the “Lebron fans” who now have to hit up the NBA.com store to order that Cavs 23 throwback jersey because they spent the last four years pretending they were Heat fans. Does NBA.com have a used jersey exchange program?  The other loser? Chris Broussard and his continuous battle cry of “SOURCES!!”

Tonight marks the end (?) of Jack Bauer, as the season finale of “24: Live Another Day” airs on Fox. I’ll miss the live broadcast because of class, however I will be jumping on that DVR soon as I get home. The preview for this episode shows Audrey stuck in the crosshairs of a sniper, Jack, Chloe and Kate racing against time, President Let-Them-Play collapsing and a glimpse of a military funeral, complete with a U.S. flag draped over a coffin. Who lives? Who dies? How many more goons will Jack kill? Whatever goes down, just know that we will recap it right here on the CSPN on our “Anutha Twenny Fo” podcast. I had a great time watching and covering this show. It gave us so many great moments, like outrunning the drone, lopping off the daughter’s ring finger and flinging the bad guys out The Yorkshire Window! By the way, thank y’all for listening and making my summer project feel like fun.

Fans in attendance at the Richmond Coliseum tonight will be checking the rafters and at the edge of their seats awaiting the possible first appearance of old school WCW and TNA legend Sting at a WWF/E event. Tonight’s Monday Night Raw as already gained a lot of buzz over the cryptic “7-14-14” message that’s hit the web last week. Many have speculated it’s simply an announcement of Sting appearing in the upcoming WWE 2K15 video game, but that’s already a given. He shows tonight, and you’ll want to see this. Yup, my DVR will be loaded tonight!

Despite the wealth of movies released this summer, I’ve not been as excited as usual. My summer movies scorecard is barely-punched with maybe 2-3 more flicks on my radar. So far, I’ve seen TASM2, Cap 3, X-Men: DOFP, Edge of Tomorrow and about 30 minutes’ worth of Godzilla (snuck in, then left after I got bored). I missed out on Maleficent, but eh… it’ll show up on cable in a few months. No, I’m not seeing TF4, because Bay ain’t foolin me ever never again. Same with Ninja Turtles, even though that actually looks better than expected. I do want to see this new Planet of the Apes flick (aka Dawn of the Rise of the Mo to the E to the…) and I’ve already set up a bro-it-out day (another word for man-date, as my wife calls it) for Guardians of the Galaxy. What have you seen, liked this summer? Comments are down there…

Last week, our good friend and one-time CSP guest Feminista Jones co-hosted a Twitter town hall addressing street harassment. Using the hashtag #YouOKSis and presented by News One, this campaign is about raising awareness of how we can ALL help in the deterrence of, prevention of and recovery from street harassment against women. For those who might not know, street harassment is when someone persistently and unwantedly torments, bothers, pesters, persecutes, harries or troubles another person out in public, usually while walking the streets. Add gender to that and you’re looking at a common case of men bothering women while they are minding their business. The accounts are terrifying– harassment taking forms of cat-calling, insults, sexually aggressive speech, touching, groping, grabbling and damn near attacking. This should sicken anybody and to hear so many of these accounts from women who have experienced it on a regular, sometimes daily, basis is alarming. Read more on it here.

So what can WE do? Feminista came up with the practical solution of helping to avert street harassment when we see it strike by approaching the woman being harassed and simply asking her “Are you OK, sis?” to reassure her that someone cares and won’t let that stand. Other alternatives include asking for directions or greeting the woman as a friend. Throwing off harassers who would normally prey on women walking alone would help. For us men, we need to DO MORE to teach these young fellas out here that that shit is NOT OK. Approaching a lady and showing your interest in her should not be debased to simply hollering at her and attacking her disrespectfully on the streets. And to those who think this is just a problem targeting black men as harassers, tell that to the Vietnamese dude my wife punched square in the jaw when he attempted to grope her two weeks ago. In Vietnam. Yes, this problem is global, but we can start at our corners. You have my support, ladies. Join the discussion and read more by following the #YouOKSis hashtag. 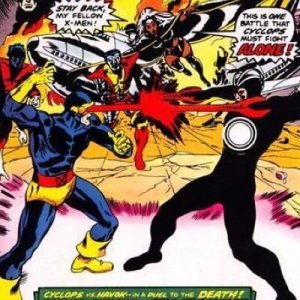 Speaking of sisters, I saw my baby sister over the weekend, along with my older brother, his new bride and several other family members as we all converged upon Pops Classick’s stately manor. This was especially important for me because it would mark the first time in nearly three years that I’d seen or talked to my little brother, who is three years younger. Three years ago, we had not last left off on good terms as I had experienced what may have been my worst hour. I had mistakenly held him responsible for something terrible that happened to me a long time ago and, although I eventually figured out the truth, I was too stubborn to do what I should have done sooner, which was apologize and move on. So to finally meet and reconcile what had been years of mistrust, misplaced anger and unnecessary family tension was helpful. On that day, we were brothers again and before you know it we were palling and goofing around like the old days. Yes, Classick was a damn fool, but now I am simply glad that it’s over and that we were able to get along. So, if my baby bro is reading this, which he might be since I told him about the site and podcast, I love you, bro.

Special shouts out this week to:

Weird Al Yankovic, who continues to corner the market on awesome parodies with his latest on Pharell’s hit song… Check out “Tacky”

Sterling and Quita Harrison, co-hosts of Gaming, and Then Some Podcast and a fantastic pair of individuals who you’ll hear more of later this week.

“24” fan and “Anutha Twenny Fo” listener Christen Satchelle, who just so happens to be an extremely talented singer. She made my day yesterday with her feedback on the show, and I am now, in turn, a fan of her work.

Well, that’s all for now. Until next time, to borrow a phrase from Stan “The Man” Lee…
Excelsior!