Break out your Junior Woodchuck guidebooks!

This episode, guest co-host Claymation Werewolf (a.k.a. “Rhett Khan”) fills in for Tim Dogg as the crew review the cartoon phenomenon known as “The Disney Afternoon”. Later in the show, J.D., one half of the “General Geekery Cast“, joins in on the fun!

Enjoy this classic episode via our free CSP archive! Download, listen and tell a friend (or foe)!

or listen via Soundcloud!

Cast your vote in our listeners poll for this episode.

Also
Shout-out to Number Three – this week we appreciate “Die Hard With A Vengeance”
What the hell happened to Huey, Dewey and Louie’s mother?
Who was the hottest female character on The Disney Afternoon?
Why was Magica Despell so set on stealing Scrooge’s number one dime? 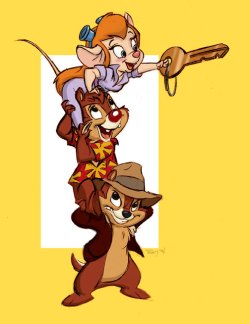 Guest host Claymation Werewolf is a highly creative writer and blogger of horror fiction, cartoon mayhem and all-around wackiness. He contributes regularly to the Retroist as well as here on ColdSlitherPodcast.com. You can read more of his work on his very own blog.
Follow Claymation Werewolf on twitter @claymationhowl

Pop music group The Jets wrote and performed the theme song to Chip and Dale’s Rescue Rangers. Check out this music video from back in 1989!!

Enjoy this classic episode via our free CSP archive! Download, listen and tell a friend (or foe)!

Be sure to send us your comments and feedback on the show!

Thanks for enjoying the Cold Slither Podcast! You’ll be joining us soon!
“You Grew Up On It!”