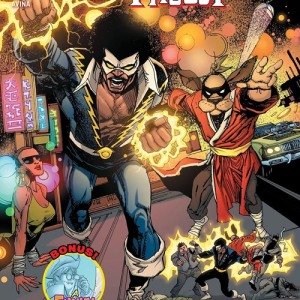 This week, Agent_70 and Roddykat do not talk about the recently released Anthology book Ricanstruction, whose proceeds go to help rebuild Puerto Rico (but Roddy promise to talk about it next week). They also do NOT talk about Solo: A Star Wars Story because Roddy’s the only one who has seen it.

But, they do talk about news surrounding said movie without getting too spoiler-y about it. They also talk about some of the comics that came out this week including Amazing Spider-Man #800, Man of Steel #1, and Black Lightning Hong Kong Phooey Special #1. Nope, you read that right.

All this, the comic and cinematic news of the week AND our #kliqsoftheweek, as always. Fan-rific!