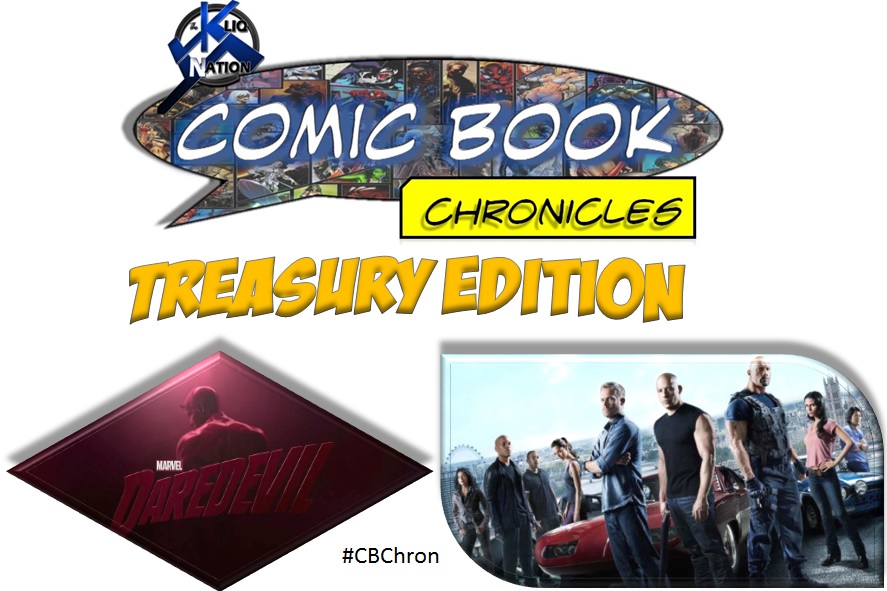 Our first broadcast of the Treasury Edition contains reviews of “Furious 7” and Marvel’s “Daredevil.”
We rank the Fast And The Furious films, and ponder if the eigth installment can top all the others.
For Daredevil, we compare it to its movie predecessor from 2003, along with what we’d like to see in a second season.